By 1000hats - June 07, 2007
Last Saturday was the Y recital. And as you may have noticed from the last post the costume finally arrived and Sadie was dancing through the decades with all her classmates. Sadie's class danced to Earth Angel. It was very cute and she did her best, concentrating very hard to stay on her number on the stage floor.

I am handing over Sadie's beautiful bouquet of pink roses which she can't quite figure out how to hold on to; it was a bit on the heavy side. Later she tells me she did not want so many flowers just 3 or 4. Last year she complained that she did not get a huge bunch! I aim to please here, people, really I do! 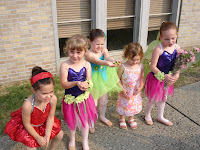 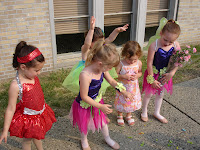 Here the girls are getting ready to throw confetti. Next they throw it up and race around each trying to collect all that they can which ends in a big argument about who has more. The temperature that day was about 93 and after spending the best of three hours in a classroom of a similar temp with no food or drink, Sadie would have gone in to a full tantrum over just about anything, and she did. 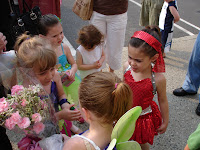 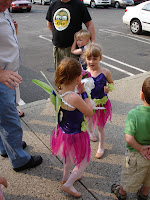 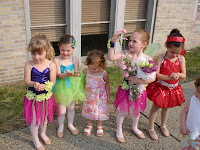 A after the show reunion of sorts. Sadie, Jacqueline, Evaline, Audrey, Sarah and a little slice of Emma. 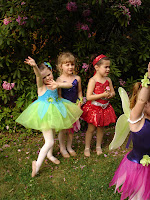 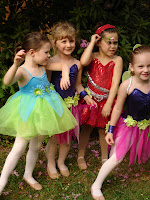 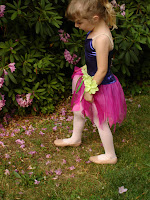 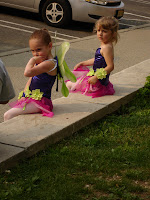 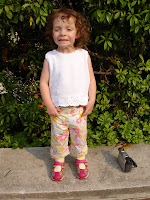 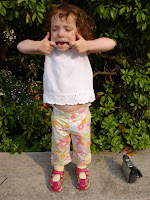