Sadie had a program at school for Halloween. The class sang a whole list of songs many of which had been practiced over and over at home and in the garden. But there was so many more that we had not heard before the big performance, all of them short and sweet. There was also a poem recited and a drama to end the show. They were all so cute 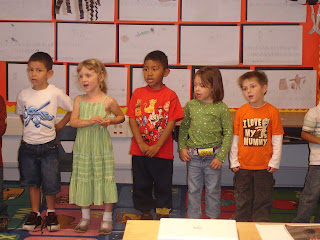 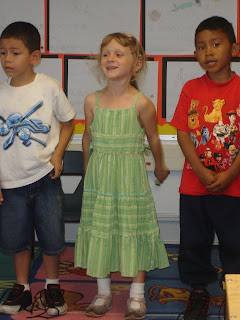 Sadie sang with all her might at times and a constant swinging of her arms and twisting of her bow. 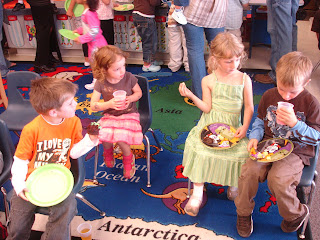 After the show there was a party! Lots of food and treats to sample. Emma requested the strawberry drink as it was pink and foamy! 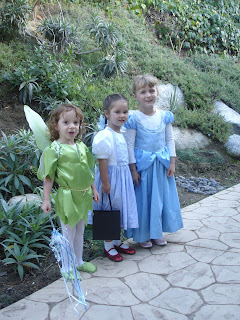 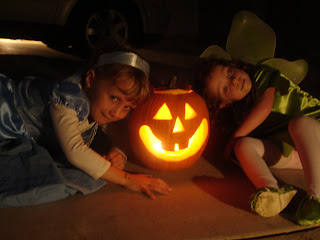 And then came Trick or Treating with Neela. Nana and Papa came along for the walk as well. Emma was TinkerBell, Neela was Dorothy, and Sadie was Cinderella. I made all the costumes and of course when Nicole called at four o'clock I was still sewing trying to finish Emma's slippers. 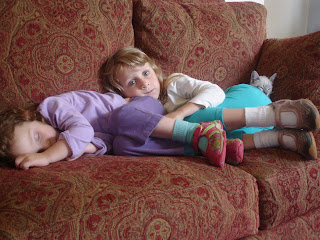 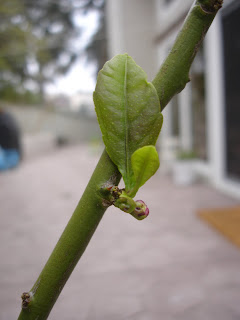 I am so excited my tree nursing skills have been just good enough to get this lemon back to sprouting new leaves and flower buds. I relocated it from our shady back garden into a pot on the patio. I pruned it back hard and it had five leaves on it when it made it to its new spot. Then it lost two and I trimed the branches and the root ball, thinking that it was all or nothing by now. Then the last three leaves came off and I still did not give up on it pulling through. Last week I discovered this first set of leaves popping out and now there are several. So happy I am! I hope for some lemons in the spring, fingers crossed. I have been giving it the water overflow from my espresso machine and I think it likes it.