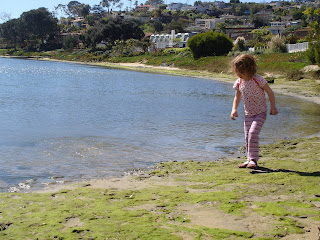 Ok, so here is Tuesday for you. Emma has really been in a almost 3yr funk as of late. I mean really a funk! So after I finally got her get dressed, yes this is her choice and I live with all the crazy combos our girls come up with because it is just easier, we went for a walk down to the "bay" so she could play in the sand. We were going to go to the beach but Sadie had really wanted to go, so we waited until she was out of school. This little gem of a spot is just over the hill to the south, on the bay side of us. Emma has really been into walking everywhere, although most of her time is spent in one stroller or another. On Monday we went to the zoo to see the goats again and it took a long time to talk her into the fact that the zoo is just too far to walk so of course Tuesday she wants to walk to the beach. So here we are after coming down the steep hill which turned my post-flu legs to jello. I had to rest and this looked like a great spot to Emma so here we landed. 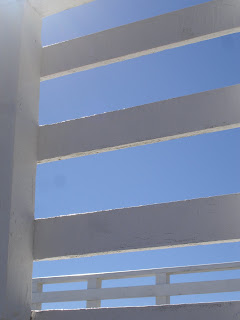 There was a small, private boat dock that belonged to the house behind our play spot. 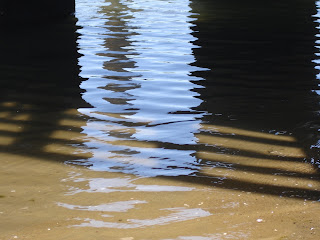 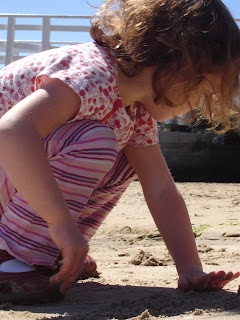 Emma starts to dig and make some little castles in the sand. At one point she says, "Mama, this sand smells beachy." So I suggested that we play in the not so beachy sand. 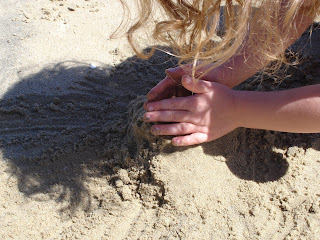 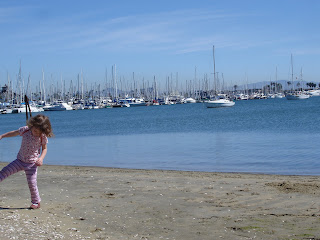 When I saw this shot I thought this summed up both the girls in a nutshell, always moving and rarely totally in the frame. 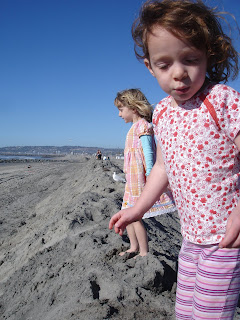 After Sadie got out from school we headed down to the beach on the ocean side to join Neela and Nicole for a bit of a sandy time. 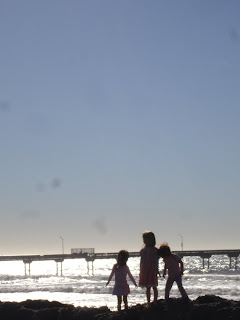 Three girls on the hill of sand to keep the winter waves out of the street. It was a beautiful day, sunny and warm, just like summer. 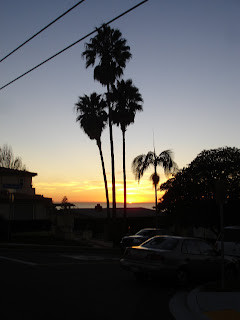 The sunset we chased trying to find a spot to from which to photograph before the sun dipped down for the night. 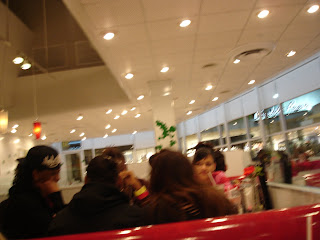 Emma took this of the group sitting behind us at dinner. I had warned Nathan in advance that I was going to be entirely too tired to fix dinner when we returned.

Anonymous said…
The "private dock is one I inspected as a Port tenant project. Pretty nice homes along La Playa!!!...all on Port Property. Papa.
February 29, 2008 11:17 PM