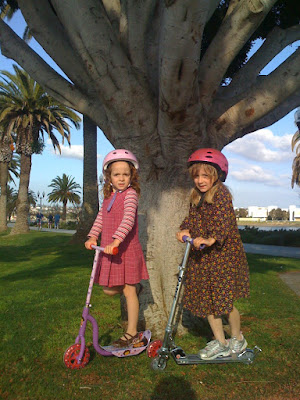 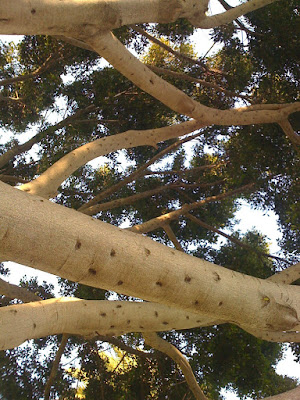 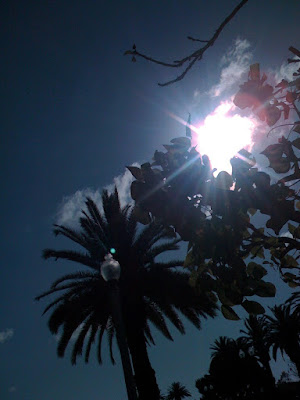 We went to the playground/park for 90+ minutes on Sunday afternoon, while Sara was having a mom's day out with Nicole.  Now that Emma finally has her own scooter, she is always ready and willing to ride.  She figured out that the leg on the scooter gets tired faster than the leg doing the pushing.  She is pretty fast in the 3-wheeled Dora model, although Sadie's Razor scooter is definitely more built for speed.  Lots of kids were at the playground - some sort of kid party was wrapping up, plus it was just a great sunny day.  I was lazy and didn't want to walk back to the car for Emma's sand toys, which caused a fuss for a while, until she spotted another kid with sand toys that she could share.  There were also several dogs, including a little Terrier named Bella that was really nice and the girls played with her a bit.  Good day, and Sadie said at dinner, after 9 hours without Mama, "Daddy, I think this is the longest you've ever been with us!"