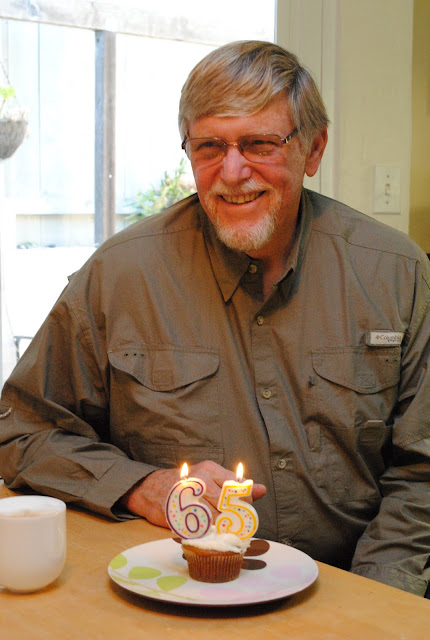 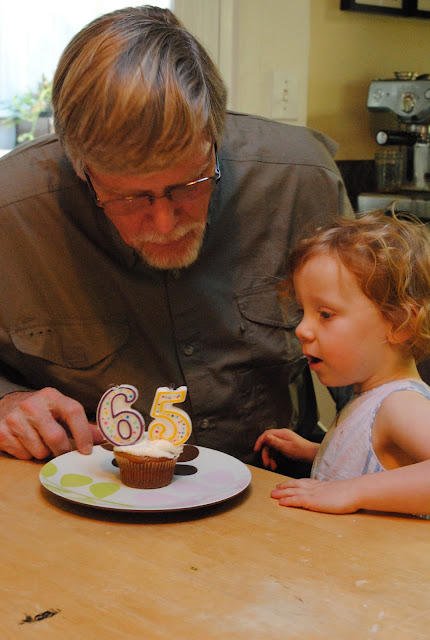 Papa's was first and he spent the week of his birthday in Yosemite. Later we went to lunch and ate a few cupcakes to celebrate his 65th year. Avery loves candles and the birthday song so she helped a bit too. 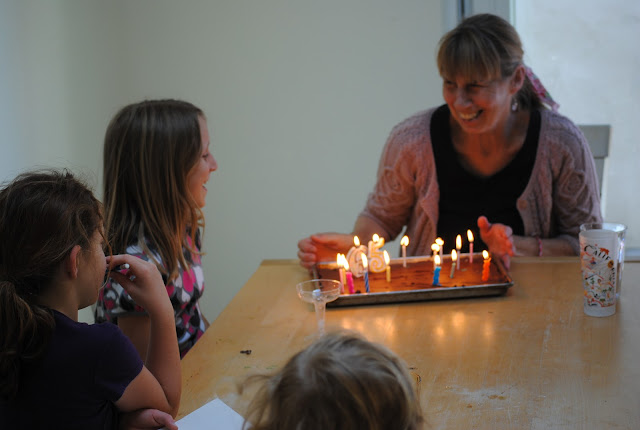 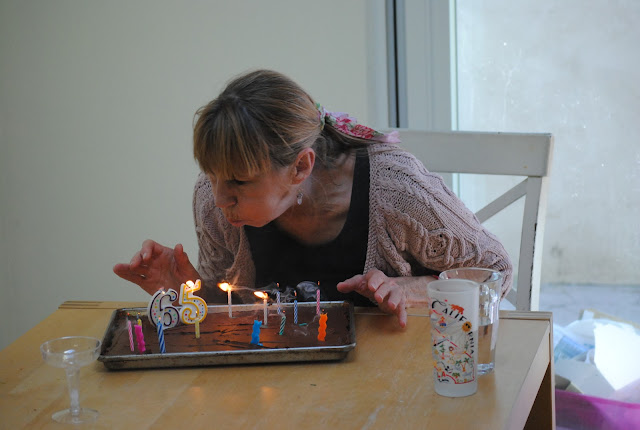 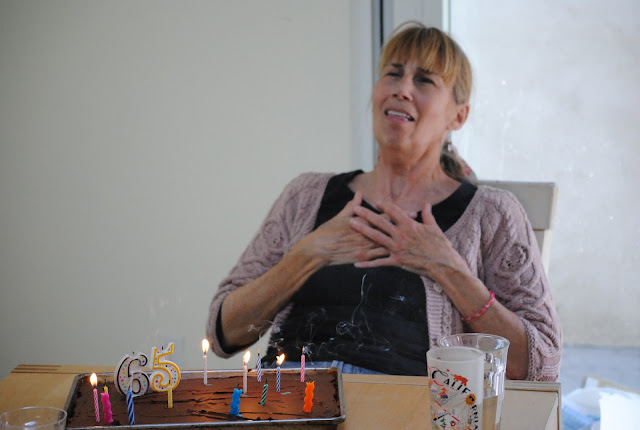 Next was Grammy's birthday. We did not put 65 candles on her cake but by some mishap there were at least 6 trick candles which refused to go out. I really don't know how that happened! So Sadie and Emma lent her some help to get them to go out. Grammy recovered from the effort and is feeling good these days.

Papa said…
Thanks for the great birthday party! The numbers almost crushed the cupcake, which was delicious, by the way. Glad Avery could help.
March 21, 2012 10:49 AM