marble and art at the getty 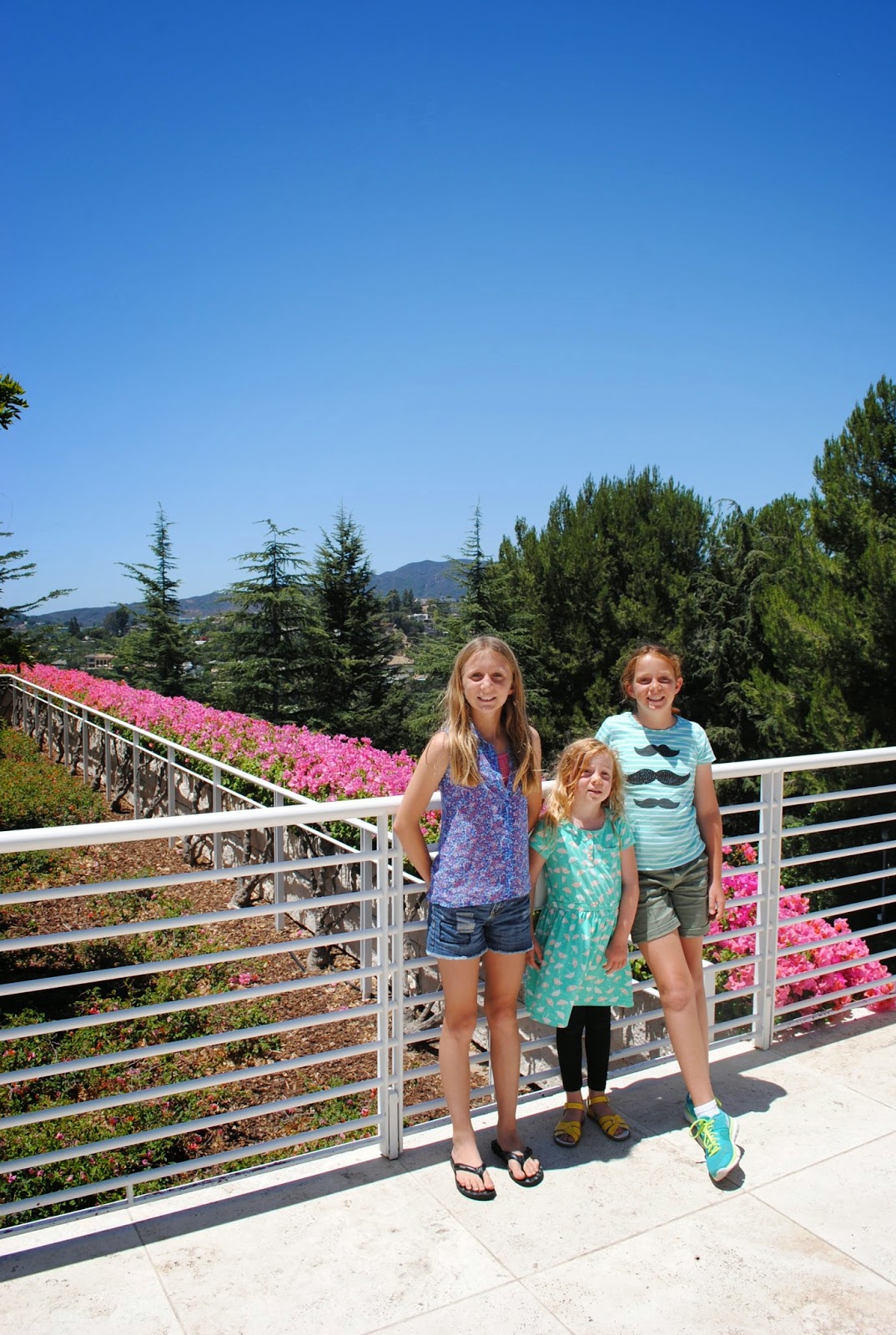 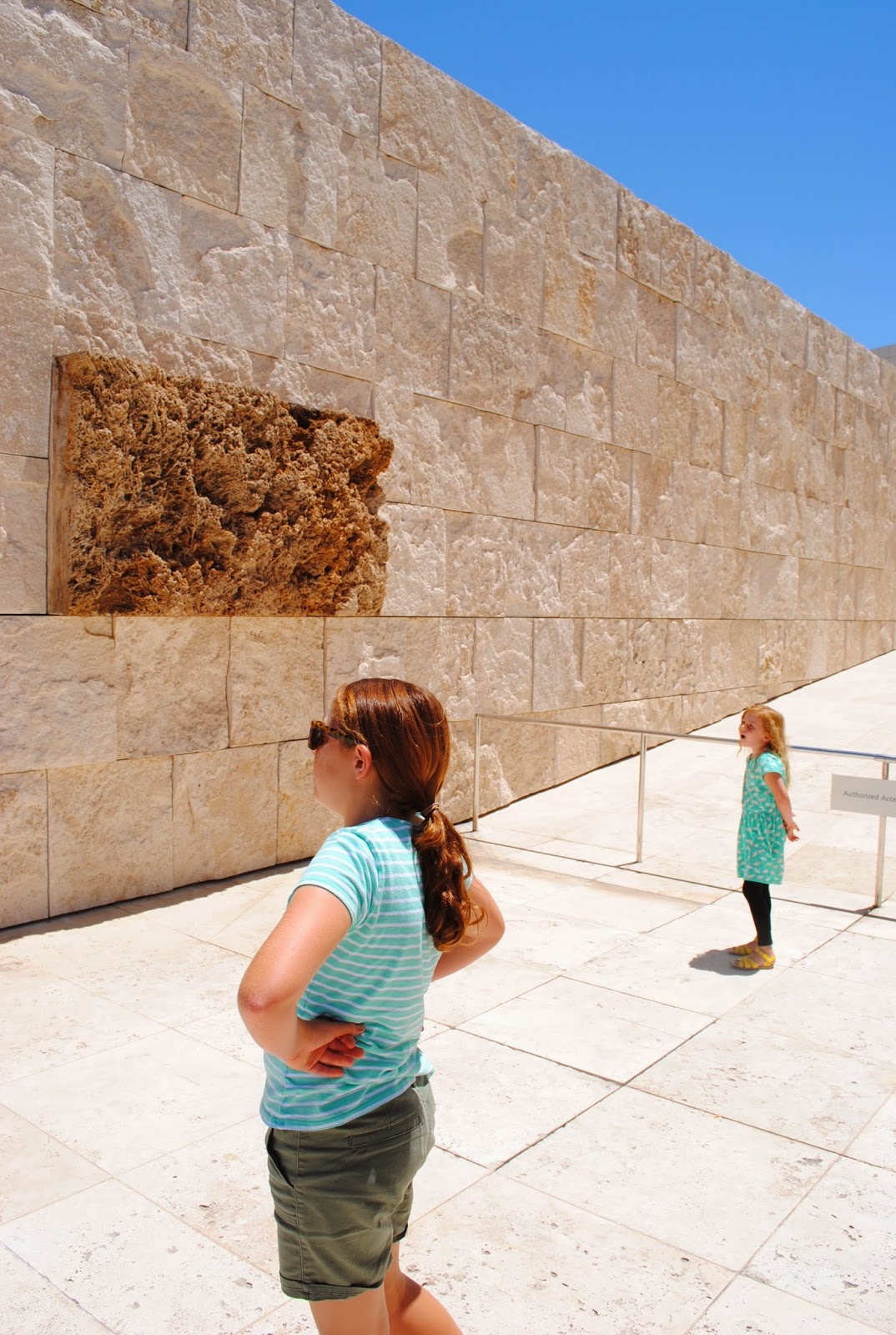 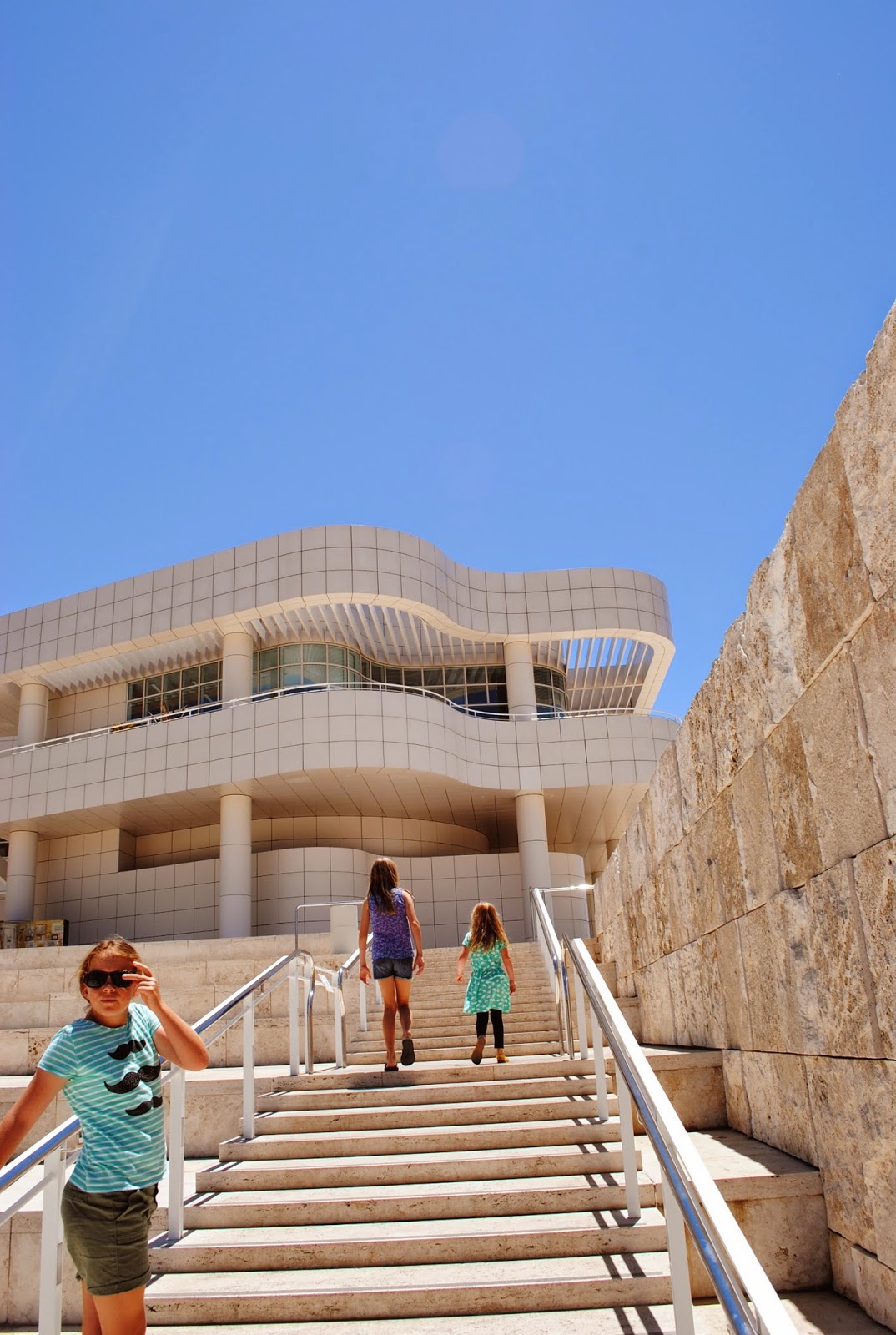 Blue skies and white marble made for a bright arrival. The girls closed their eyes in prep for the first picture, they just could not stand to look at the camera in all that bright light.
The drive into L.A. seemed to promise a hazy, smoggy day, but once we exited the tram everything looked clear as could be. As the day progressed, the atmosphere cleared even more, giving us clear blue above and out at the horizon where the Pacific sparkled appropriately. 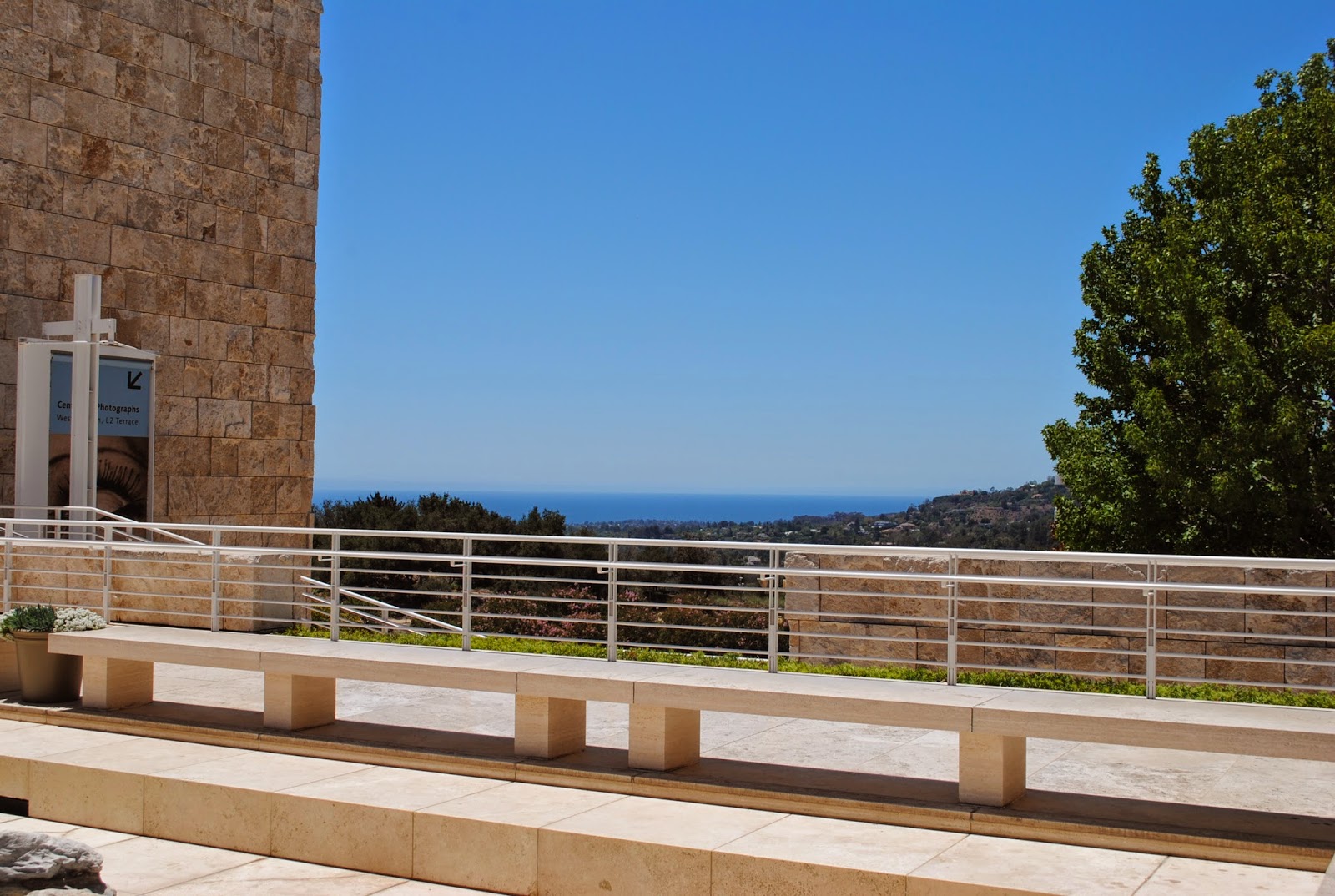 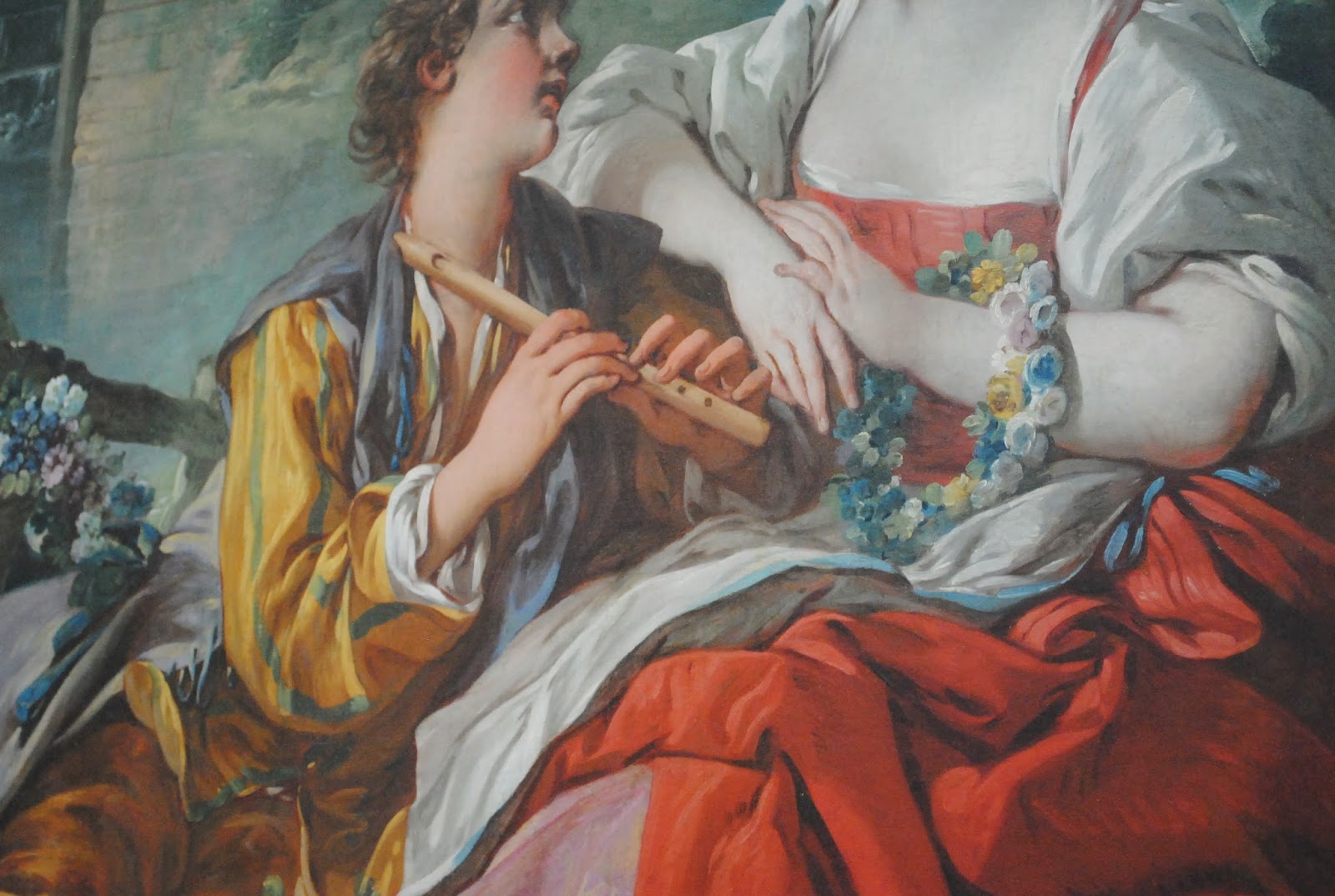 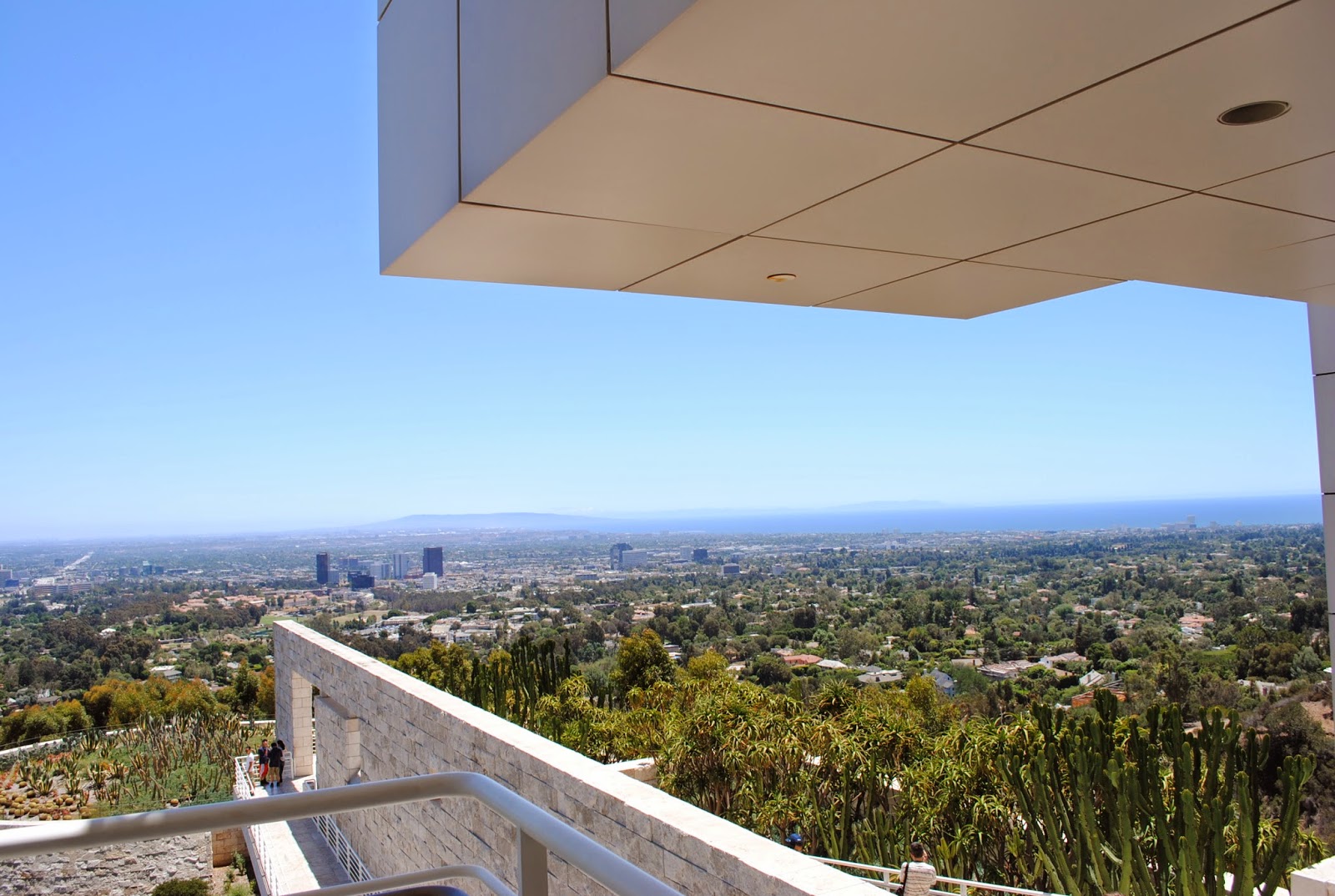 I hoped the girls would be amazed by something here. That there will be a lasting impression in those developing minds. The fossils in the walls were remarked upon, as were the ladies (princesses) in fancy clothes in the galleries. Twelve year olds are harder to impress. 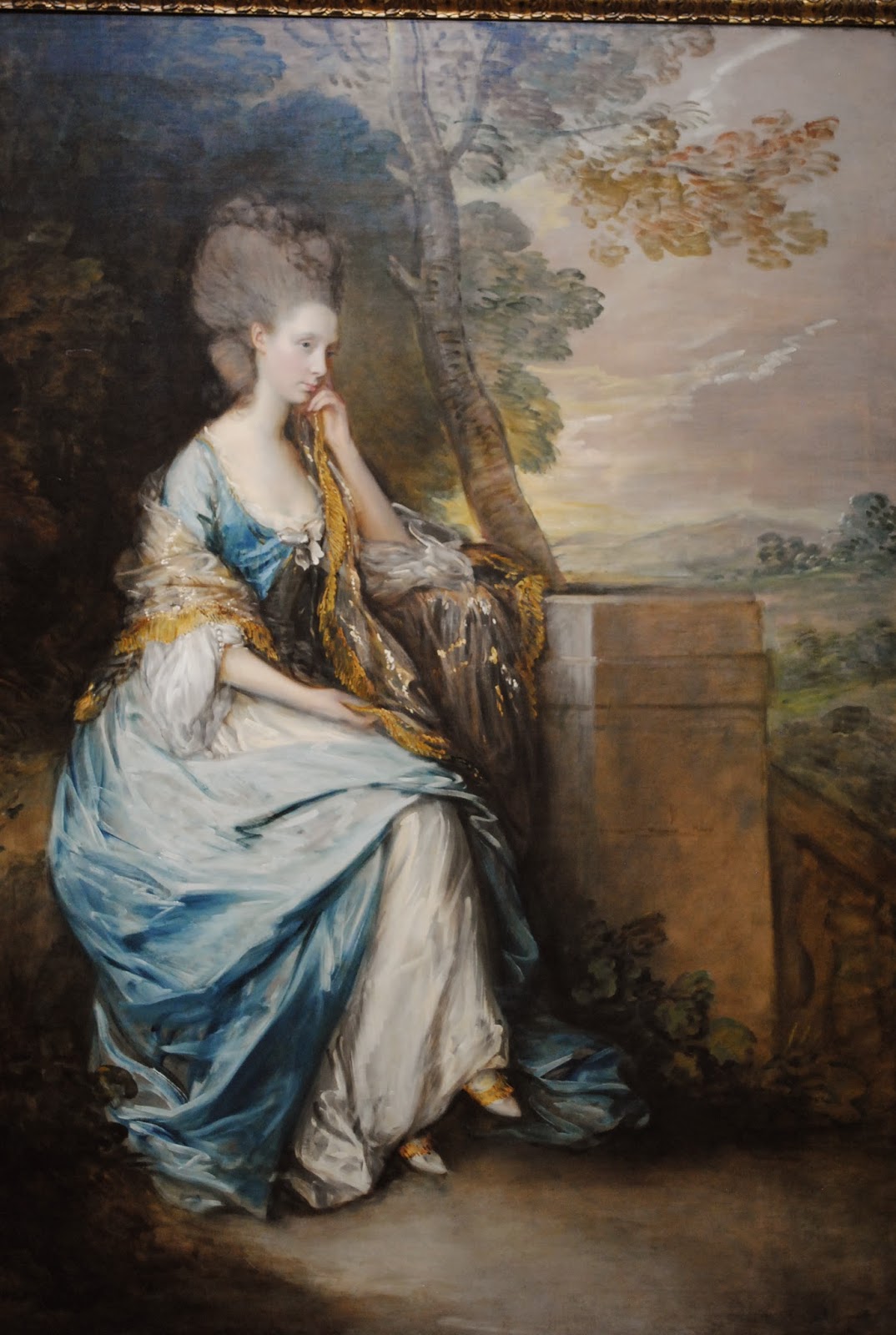 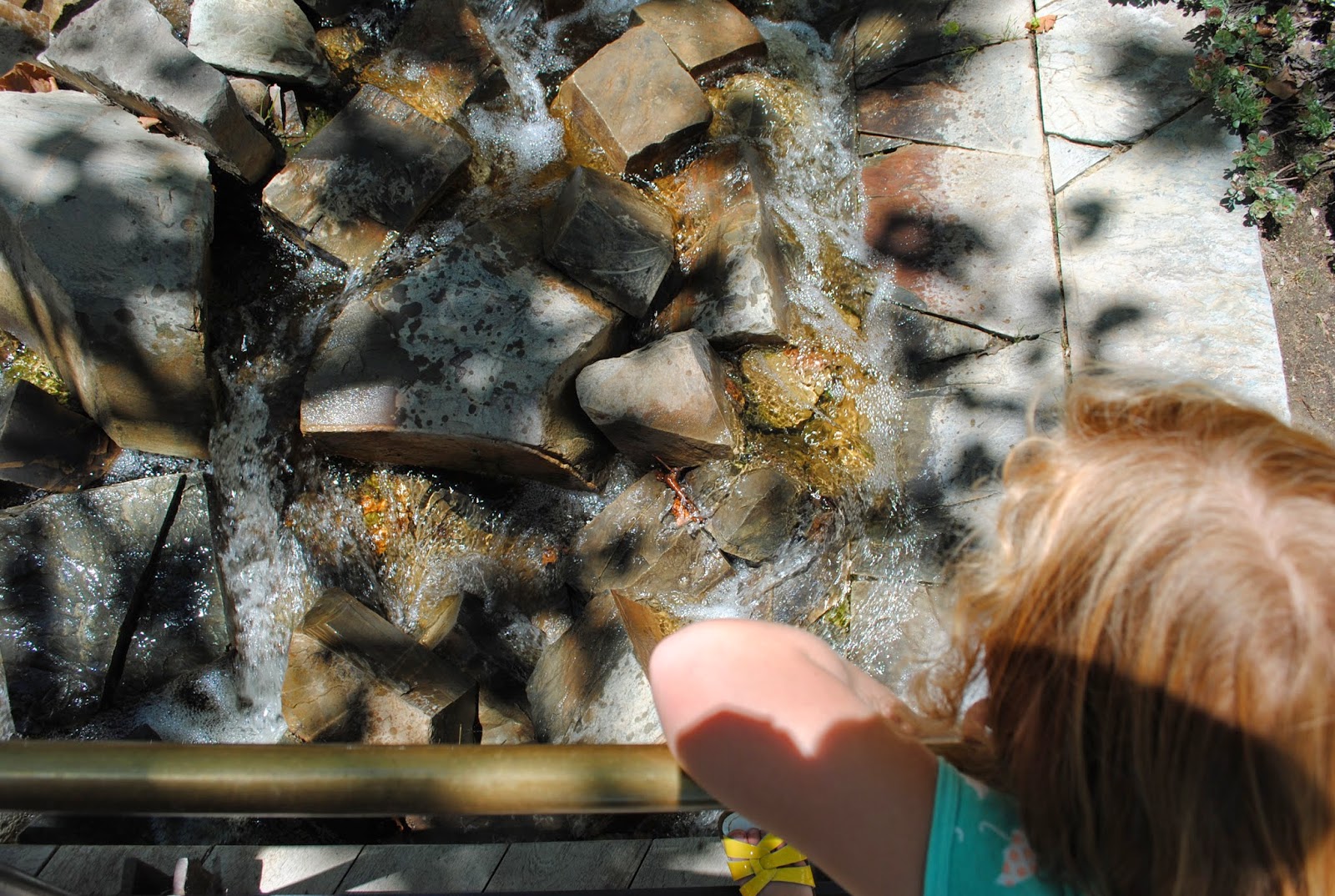 Avery and I toured the garden, following the rocky stream down to the cascading waterfall into the pool. Even in the heat she wanted to continue, while the other found shade and other things to enjoy.
The garden is always interesting, although a bit tight and orderly for my preference. The succulents following the stream bed were well done. I favor the contrast of buildings and sky and landscape. The  real estate was well chosen and although extremely modern the architecture promises dramatic contrasts in every sort of way. The blue, white and squares are my favorites. The fountains were not working because of the drought, but those as well bring natural and manmade together with a special harmony. 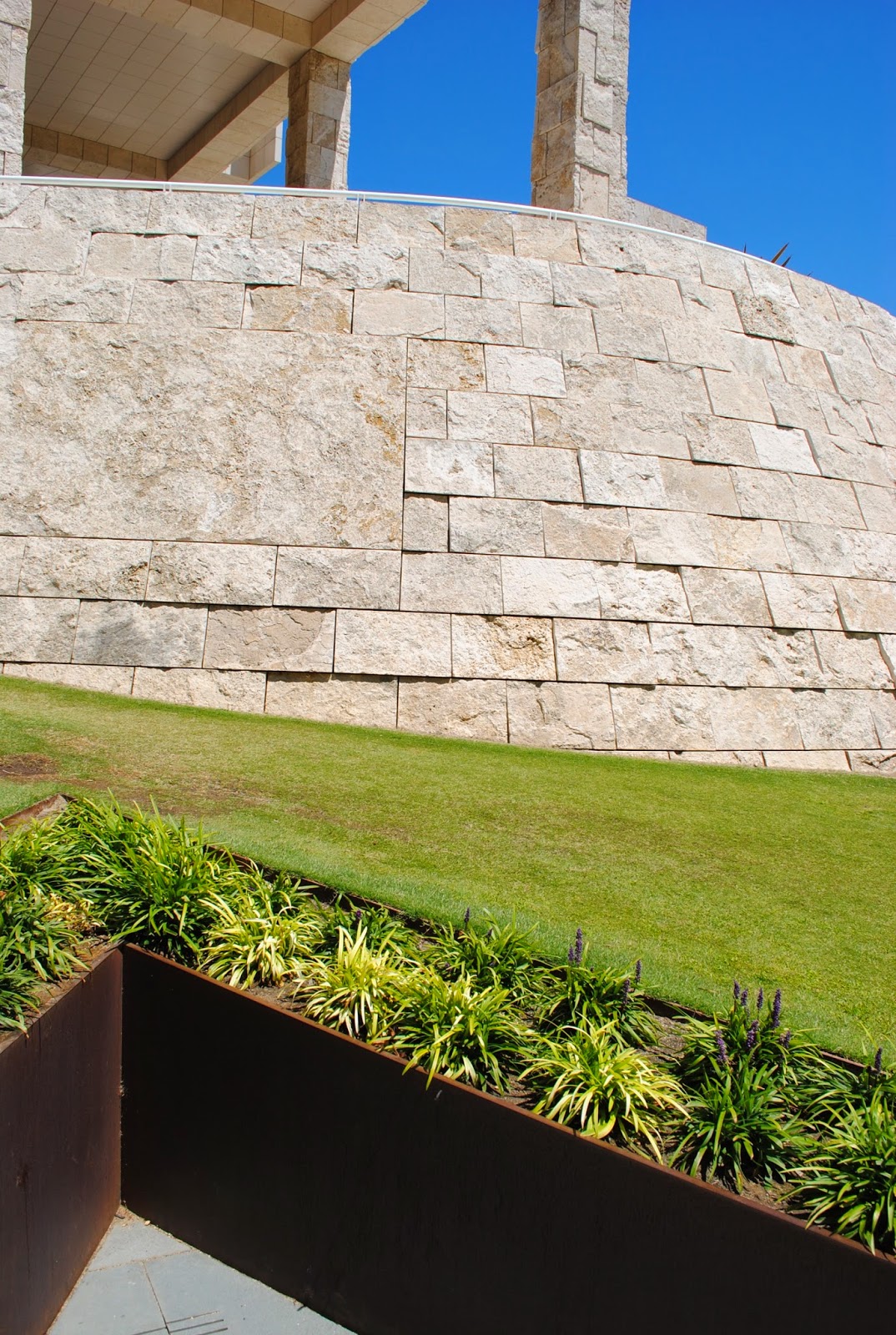 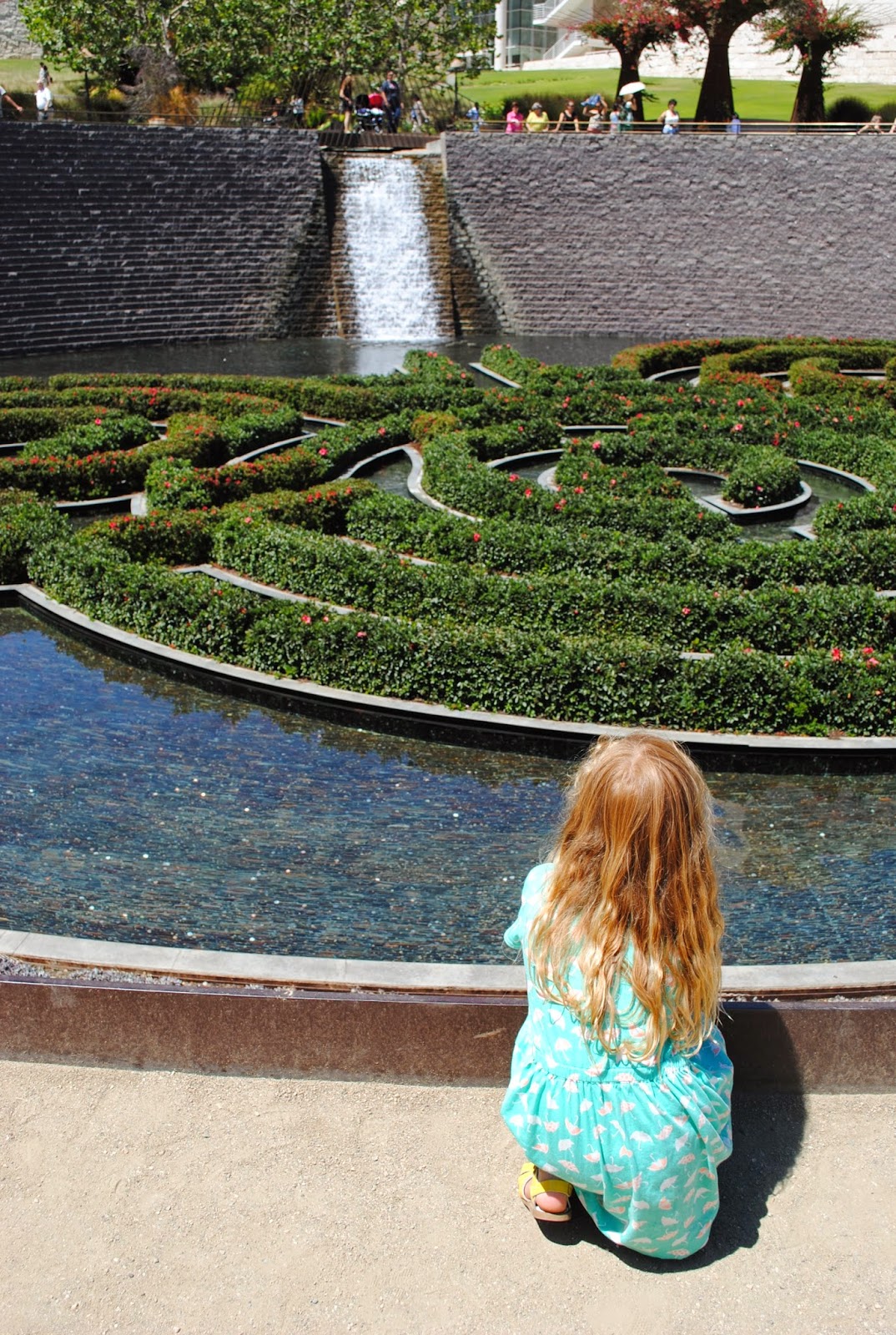 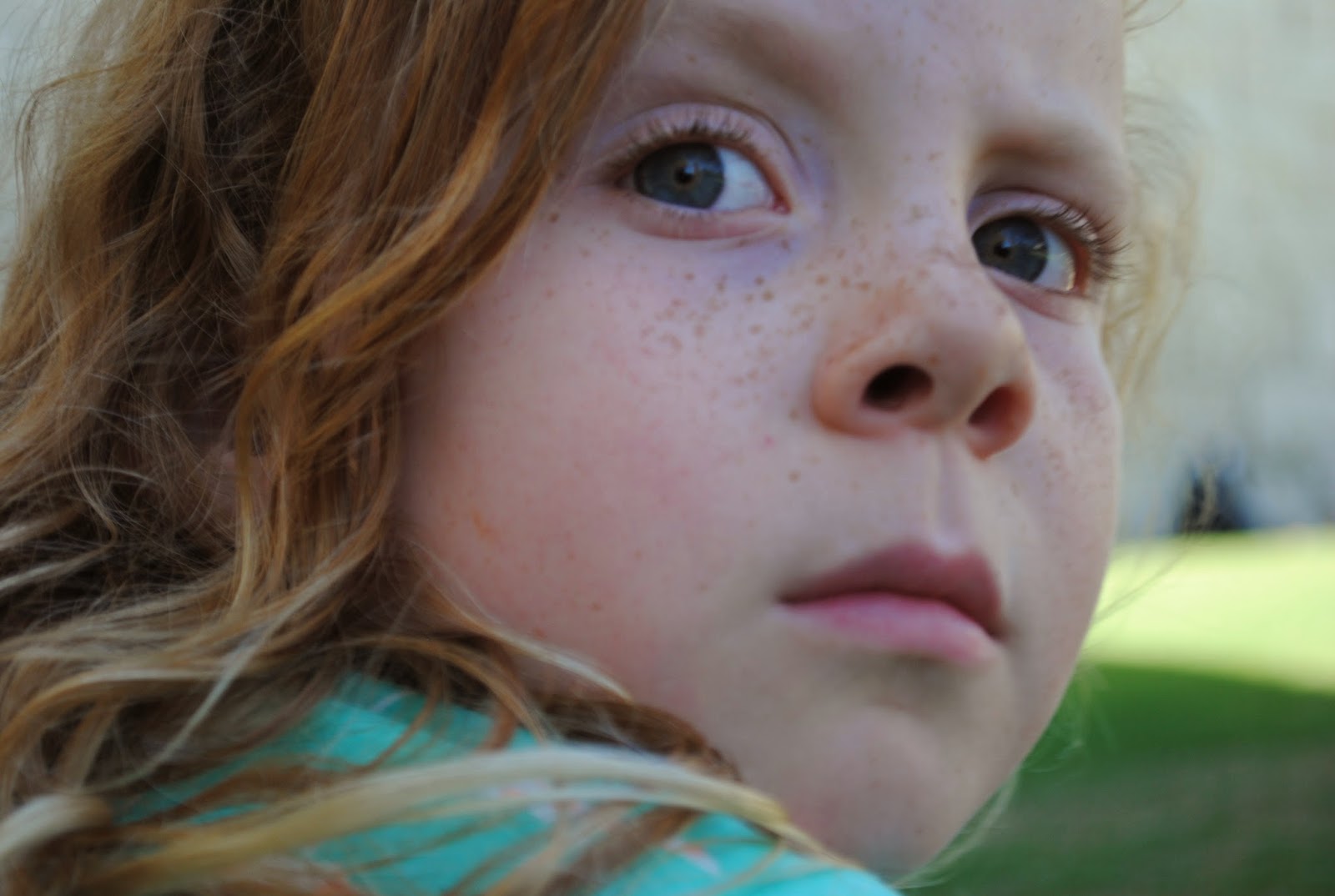 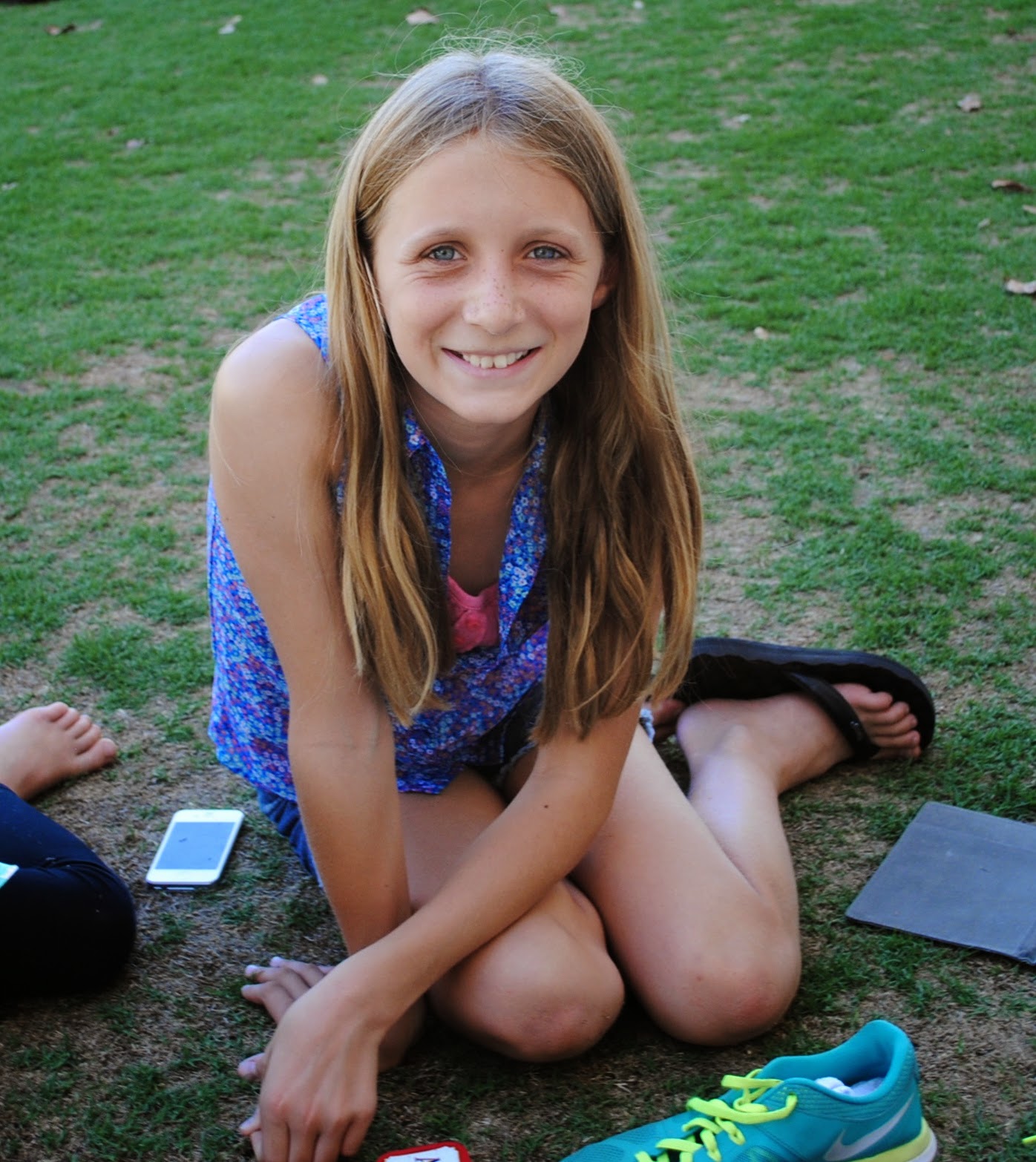 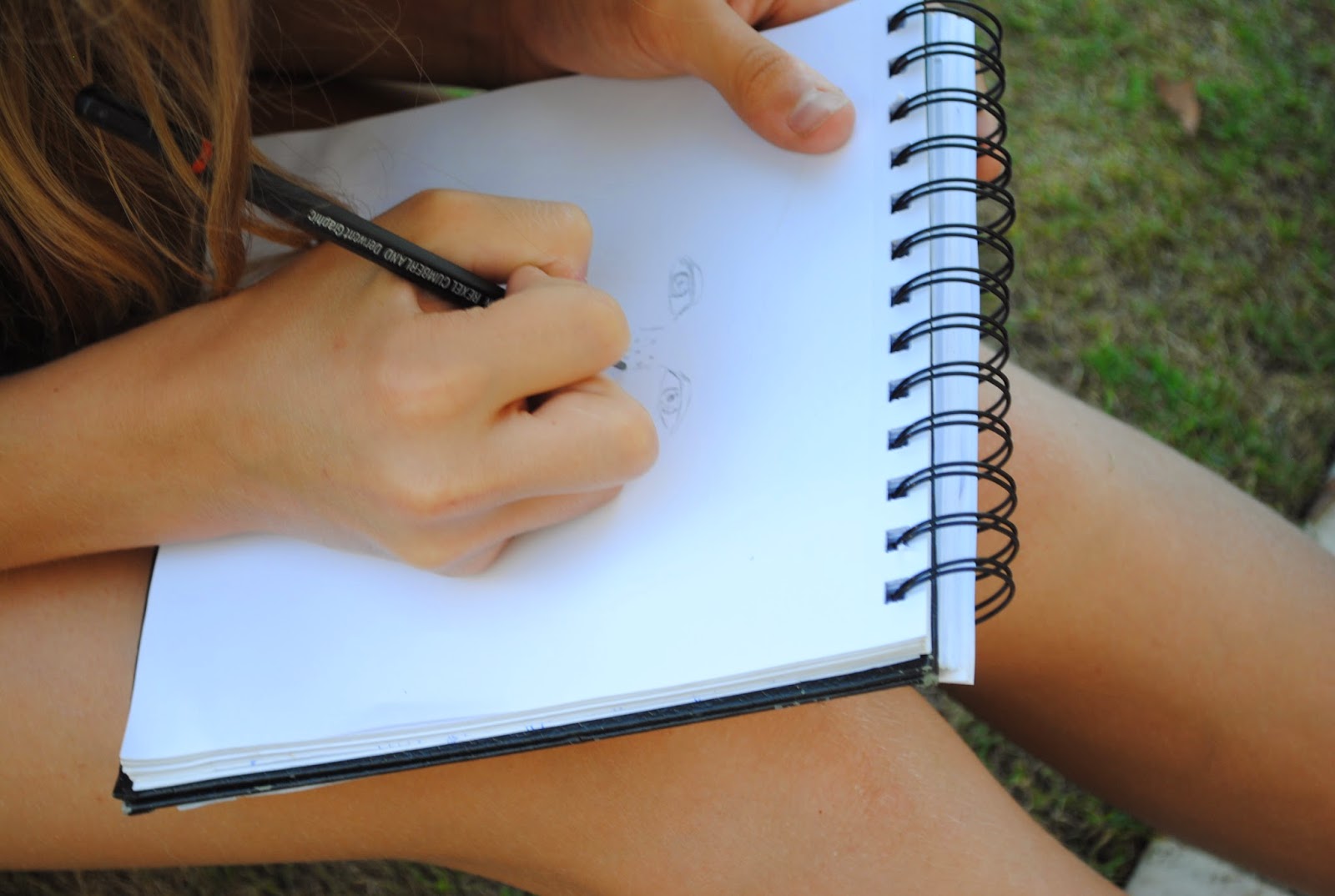 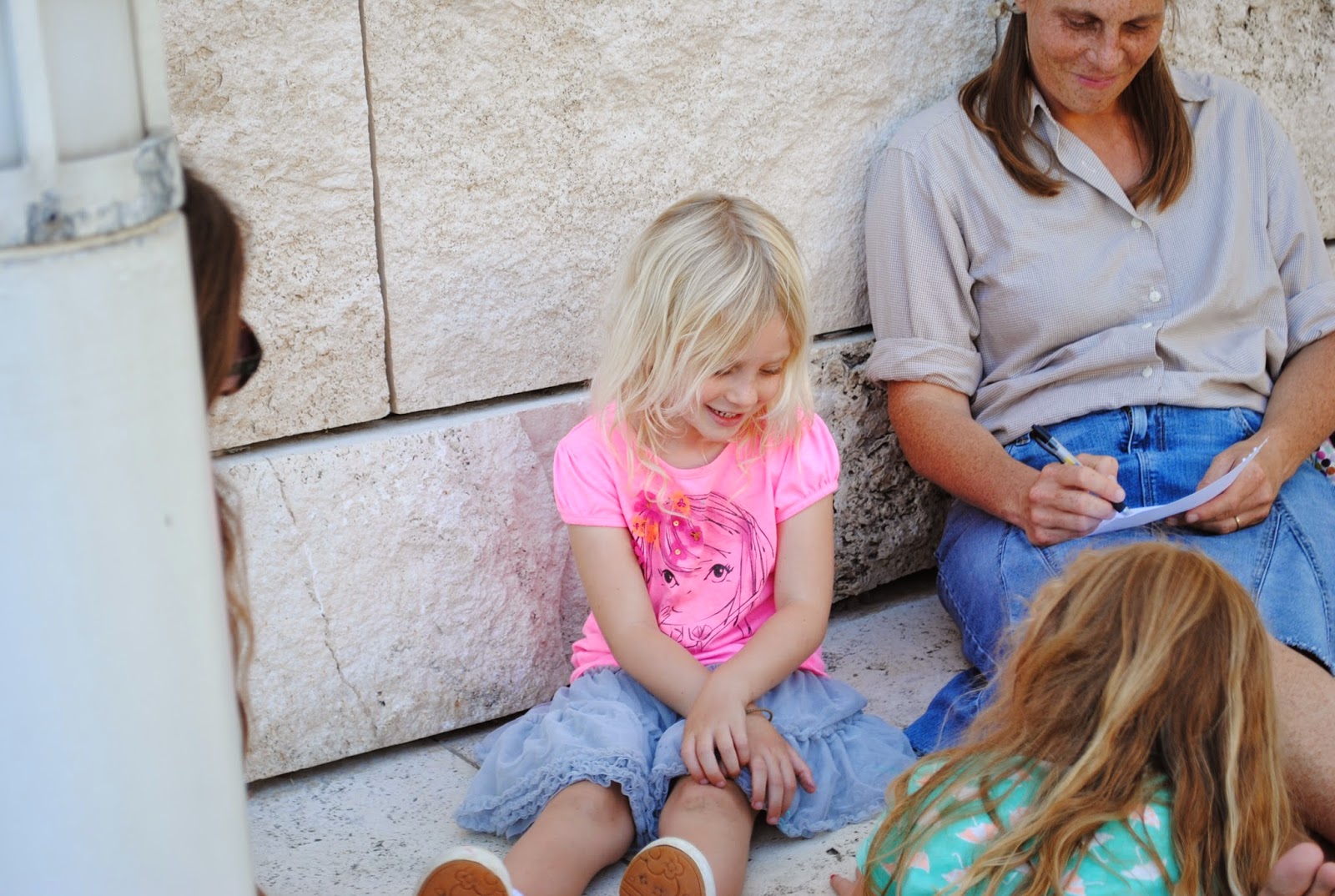 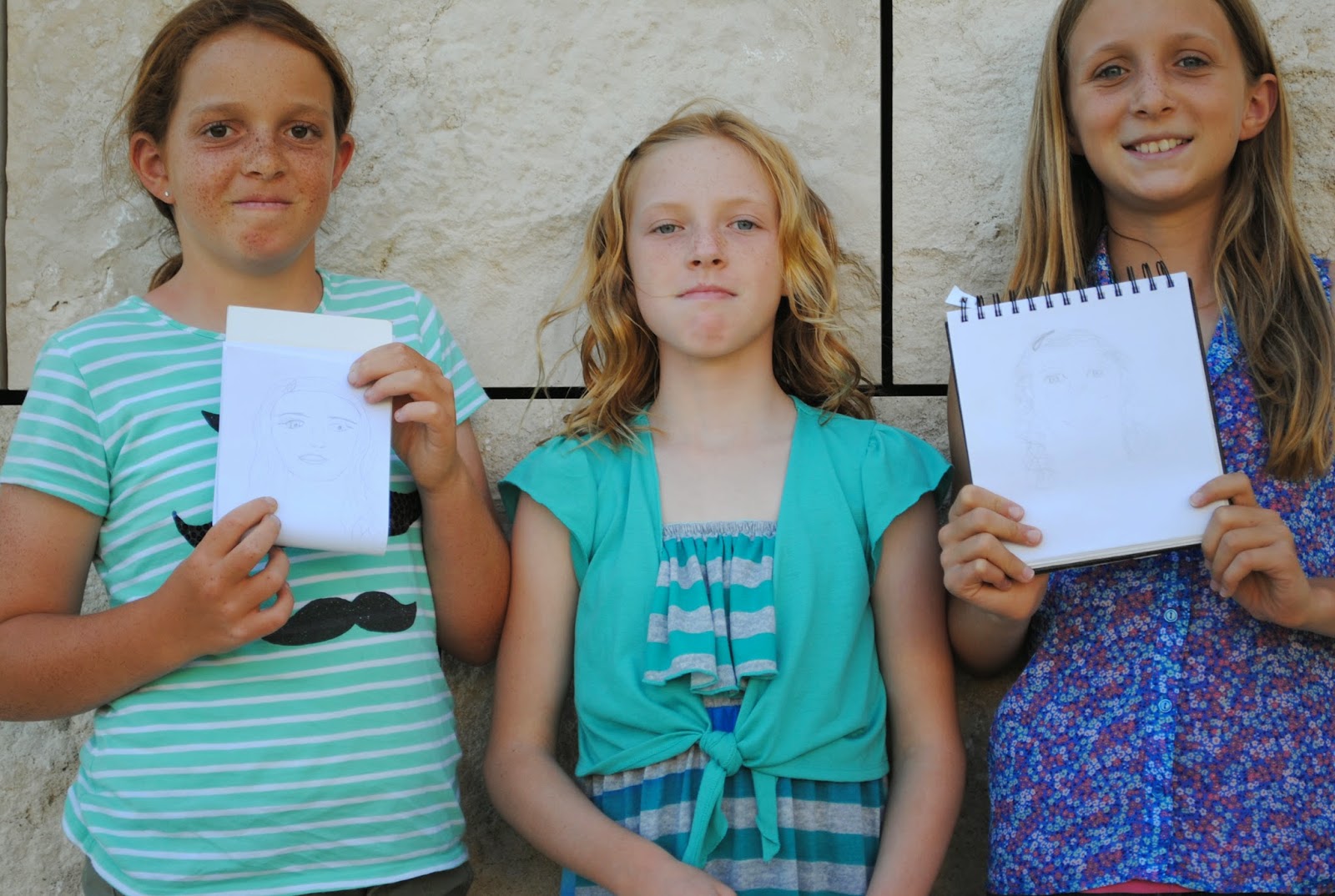 At one point, Beck was behind the shutter and he did a great job of getting authenticity from the kids, being one himself. I think he managed to rack up about 200 shots. He enjoyed himself and told his mom they also needed a camera like mine. The girls sketched from two models, Carly and Sally Jewel. Then there was a vote as to which one was the best. We called it a tie, because this is art not sport. 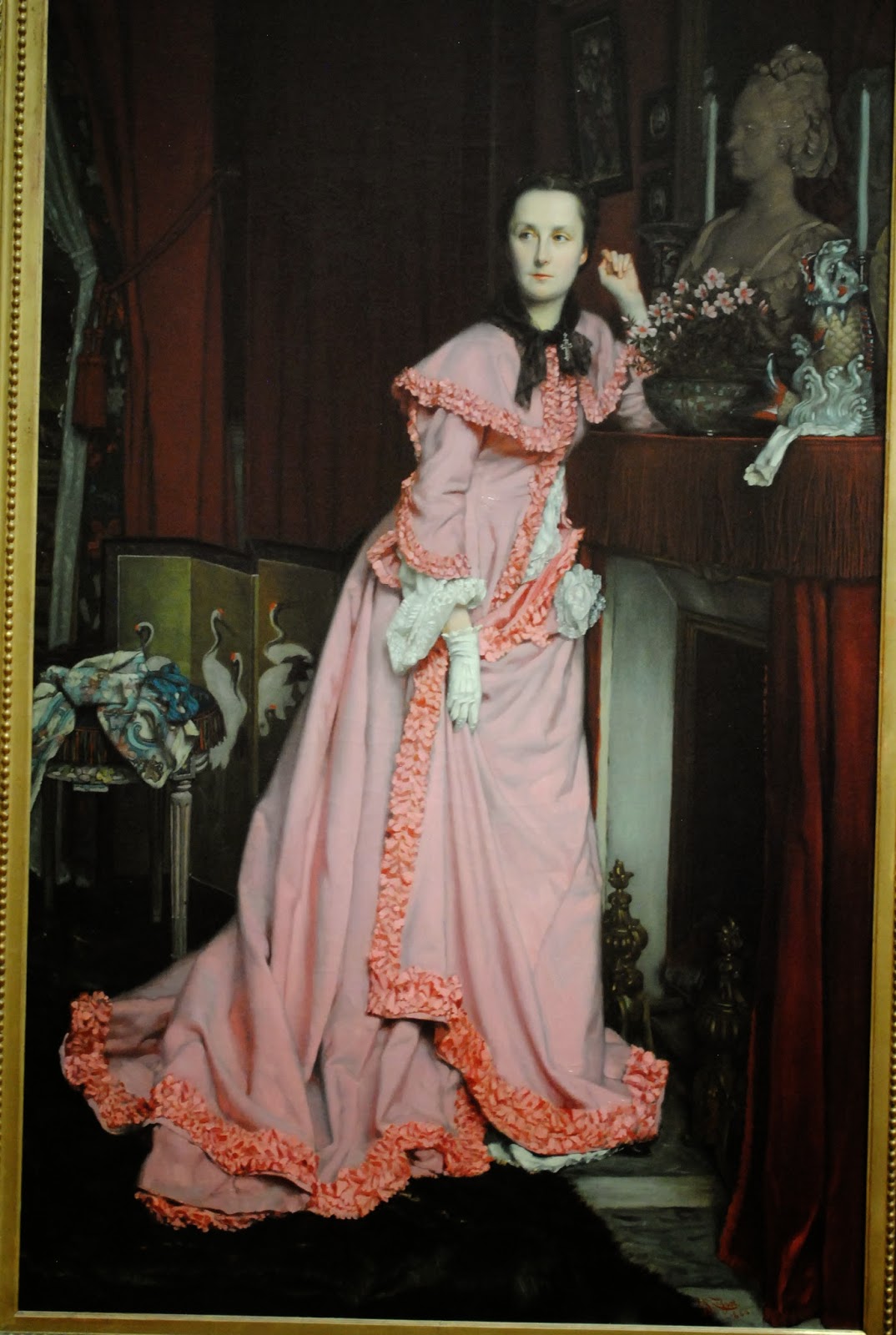 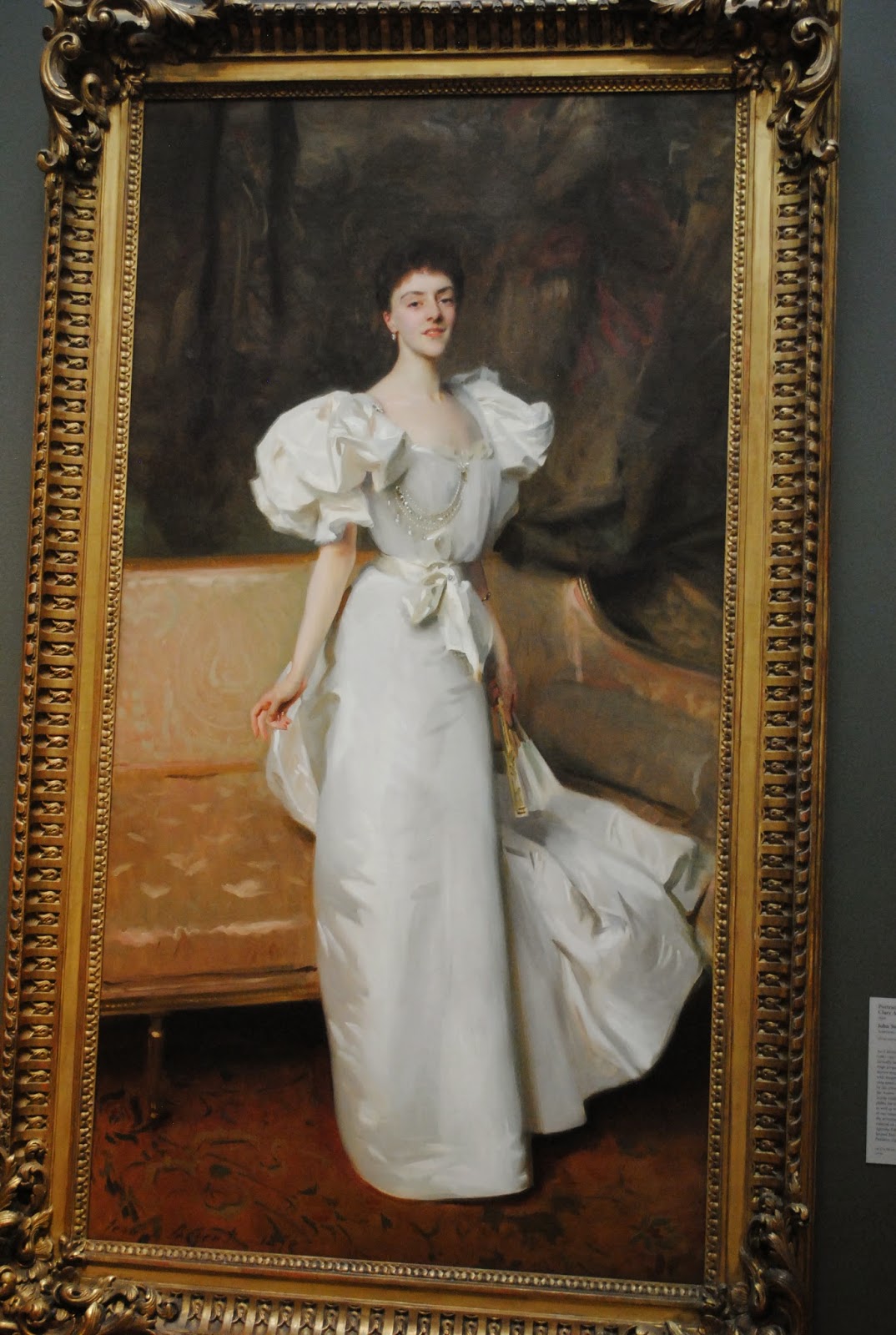 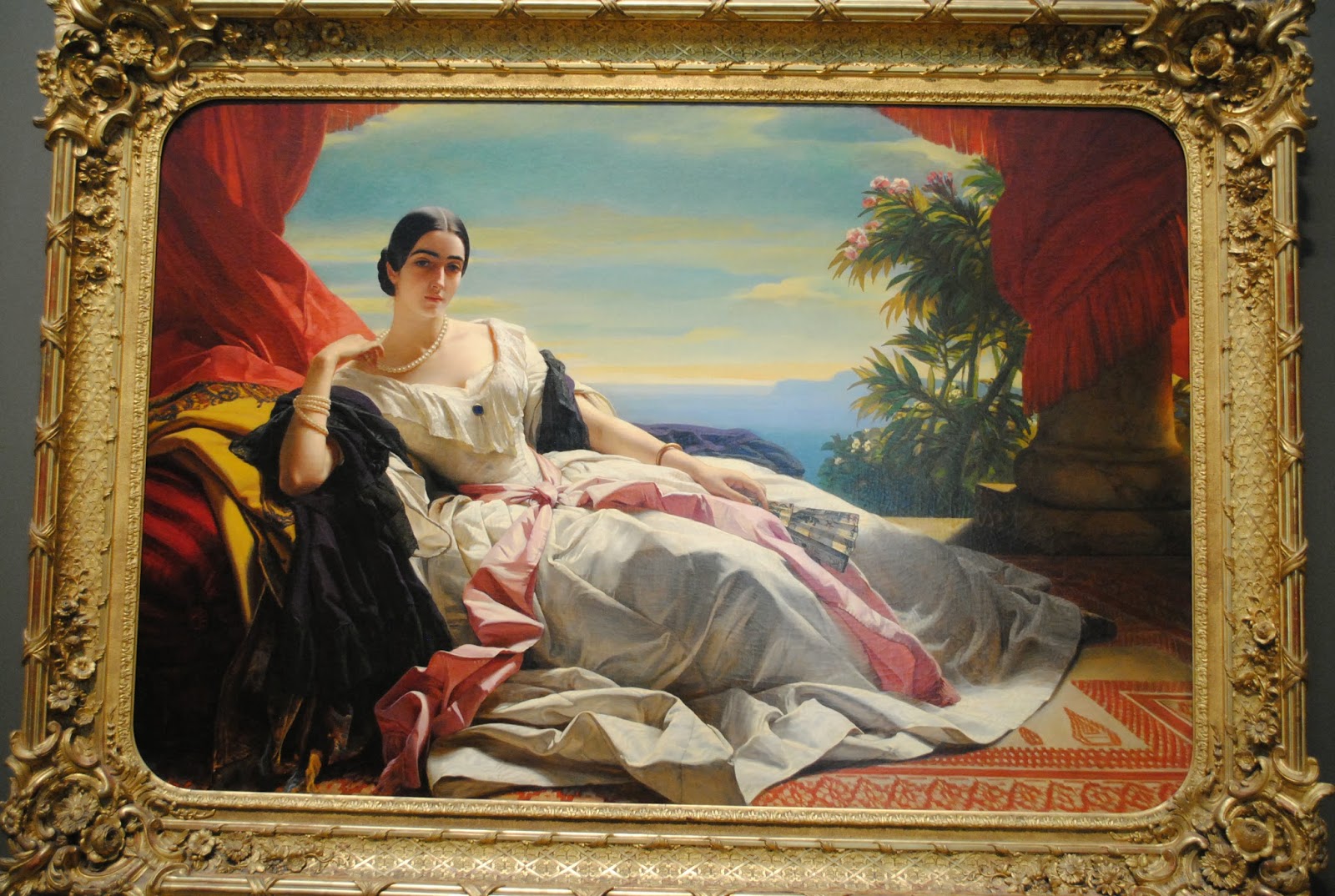 Avery wanted a shot of each of these ladies. They were princesses and duchesses, as you can see from their fancy clothes.